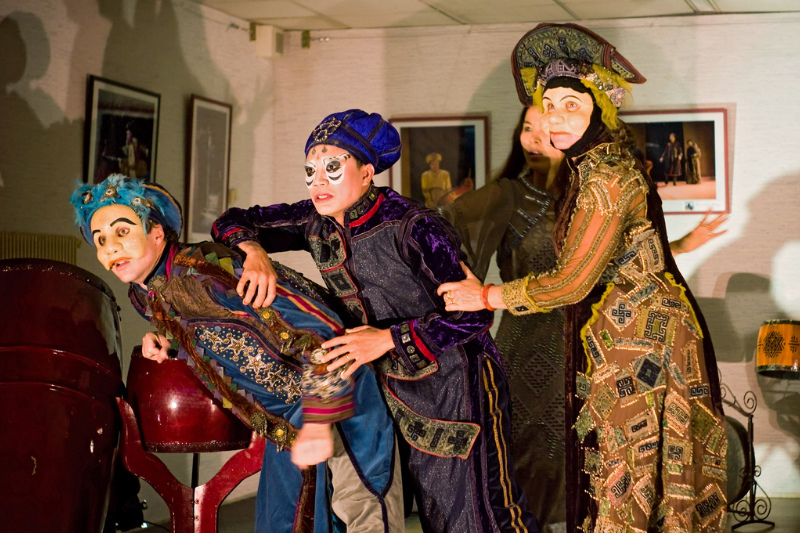 Unlike the Hat Cheo, which is deeply rooted in the culture of Vietnam, the Hat Tuong theatre came from China in the 13th Century, after the Tran Dynasty (1225-1400) had repelled the Mongolians. Among the POWs, there was Lý Nguyên Cát, a master of the Chinese theater, who later received the Vietnamese citizenship and taught drama at the Chinese Vietnamese royal court. The red, pink, white or black painted faces, costumes and ceremonial masks, stylized gestures and language, the majestic-sounding percussion and wind instruments as well as the emphasis of the heroic and noble were all adopted from the Chinese. In South Vietnam this theater is called Hát Boi, which means songs that are performed in costume and gestures. The costumes of the courtly Hat Tuong are more precious than those of the Cheo game. The gestures of the mime are very stylized. Their message is that of Confucianism, such as allegiance and loyalty to the king and the parents. Once they enter the stage the audience recognizes through makeup and clothes the identity of the portrayed characters. A red painted face instantly tells them courage, honesty and loyalty, however, a white brutality and deceit. A Hat Tuong begins with a vocal introduction explaining the plot. Every actor presents his role. Apart from a few props, the stage will be empty. A branch represents a forest, a wheel a car. The topics are mainly drawn from the national history, such as the Trung sisters, or the liberator Le Loi. Even Emperor Tu Duc (in person reigned 1847-1883) has written the texts for Hat Tuong. The orchestra accompanies the voice and accentuates certain moments in the plot. As time went on, Hat Tuong was adapted to Vietnamese ideas. By now, women’s roles are played by women and the orchestra was expanded to include instruments from the Indian tradition of the kingdom of Champa. Today, cymbals, gongs, drums, tambourines, flutes and stringed instruments belong to a Hat Tuong Orchestra. Tuong-performances are unfortunately very rare now. Among the surviving theater ensembles, the Vietnam Tuong (Nhà Hát Việt Nam Tuong) in Hanoi is one of the most productive. Twice weekly, there is a presentation with examples from this ancient art. You should just not be deterred from these for European ears very unusual sounds. Many greetings Cathrin Cathrin’s Blog: Zwischen Traditionen und Moderne 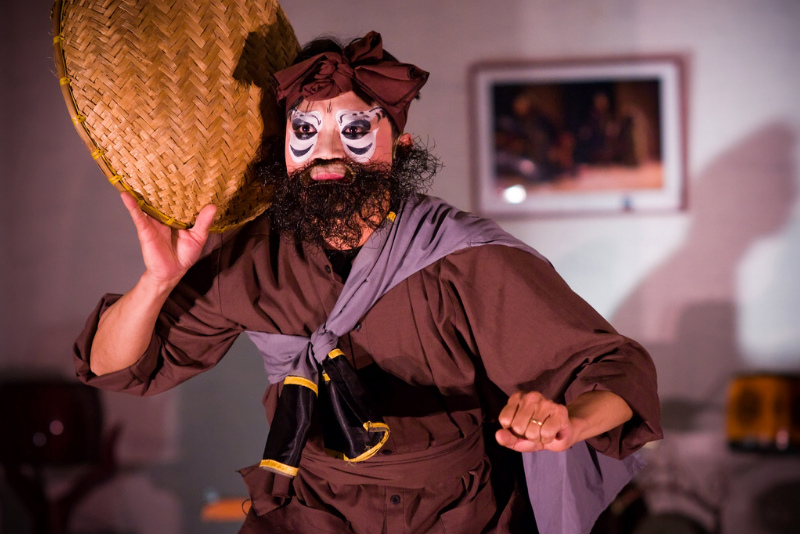 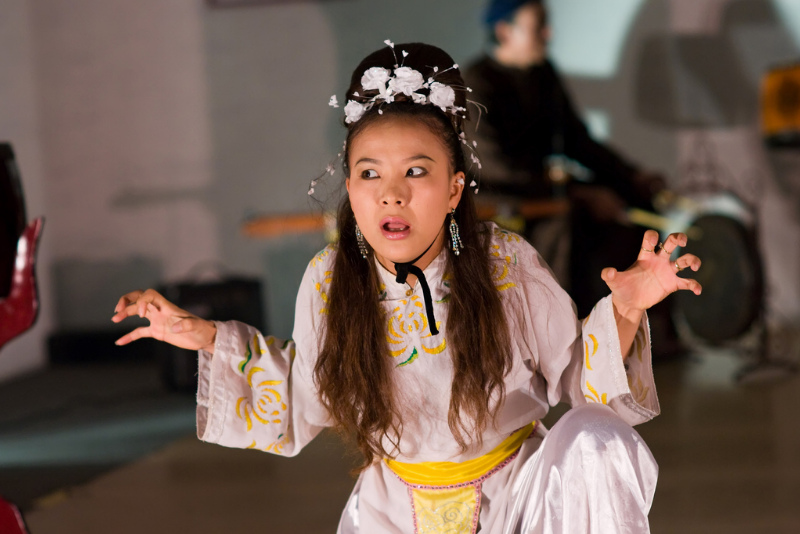 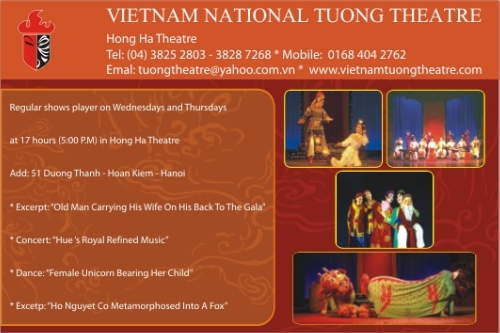 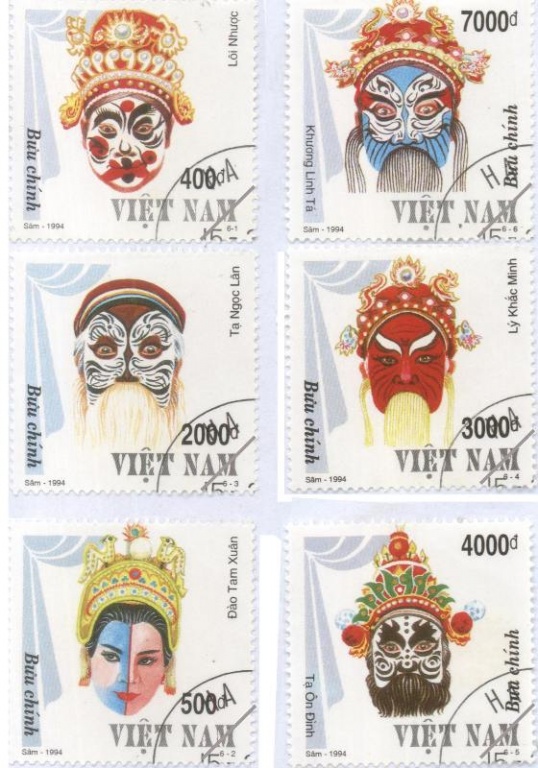