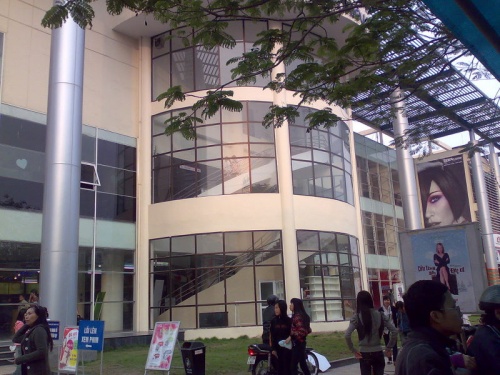 Since 2008, the Goethe-Institut Hanoi organizes in more or less regular intervals, a festival of German film in Vietnam. This years edition will start on 16th September. Up to 17 October one can see ten new feature films and documentaries from German production in Hanoi, Haiphong, Hue, Da Nang, Ho Chi Minh City and Can Tho. Most of the films are shown in German with Vietnamese subtitles. You can find information on the individual films on the website of the Goethe Institute. You can also download the exact dates as a PDF file there. Venue in Hanoi is one of the most modern cinemas in the city, the National Cinema Center in the Láng Hạ street in the district Ba Đình. There are free tickets at the Goethe-Institut. Unfortunately, you can only see the films in Hanoi on 16 to 21 September. This is exactly the time when I am in Berlin. Too bad, but it is not changing. Best wishes, Cathrin Cathrin’s Blog: Zwischen Traditionen und Moderne