The sounds of Ca Tru – 1000 years of musical tradition

The tradition of Ca Trù, also named Hát Ả Đào or Hát Nói Ca Tru, dates back to the 11th Century. At that time, songs enjoyed great popularity at the royal court as well as among aristocrats and scholars. Attractive young female singers entertained men in a relaxed environment with their songs, based on literary stories and poems while food and drinks were served, as with the Japanese geishas. This art had its heyday in the 15th and 16th Century. Later, the chants were performed in town halls, special guesthouses and at performances in private houses. Men visited a Ca Trù guesthouse with their friends, for example, after a good business deal or after the birth of a son. On entering the house tickets out of bamboo wood were bought. In Chinese Trù means map, Ca means song in Old Vietnamese, therefrom the name Ca Trù. These tickets were handed to the singers after their performance. According to the number of tickets, they received their payment. The singing and the sound are very uncommon and usually performed by three artists. It is always a woman who sings and who comps herself on a Phách, which is a small bamboo drum. In addition, a man plays the Đàn đấy. This is a three-sided lute, which is only used for this kind of music. Another artist, formerly this was often a spectator, plays the Trong Chau, a bigger drum, which expresses the praise or dislike of the song. Since had almost been forgotten in the last century (it was always connected with prostitution and lowering the dignity of women), there are several ensembles in Hanoi since the early 90s again, that counteract the extinction of this unique musical tradition and pass it on to the young generation. Last year the Ca Trù singing was included to the UNESCO list of Intangible Heritage of Humanity. In 1991, the Hà Nội Ca Trù Club was founded, two years later, on the initiative of young artists, the Thái Hà Ca Trù Club, where three generations of artistic families met. The youngest members are 10-12 years old. Both clubs regularly stage concerts. At the Thang Long Ca Trù Theatre, there are concerts three times a day with two different programs. The theater also organizes classes to learn this art, even for foreigners. You can watch more videos on the youtube channel catruthanglong. Many greetings Cathrin Cathrin’s Blog: Zwischen Traditionen und Moderne 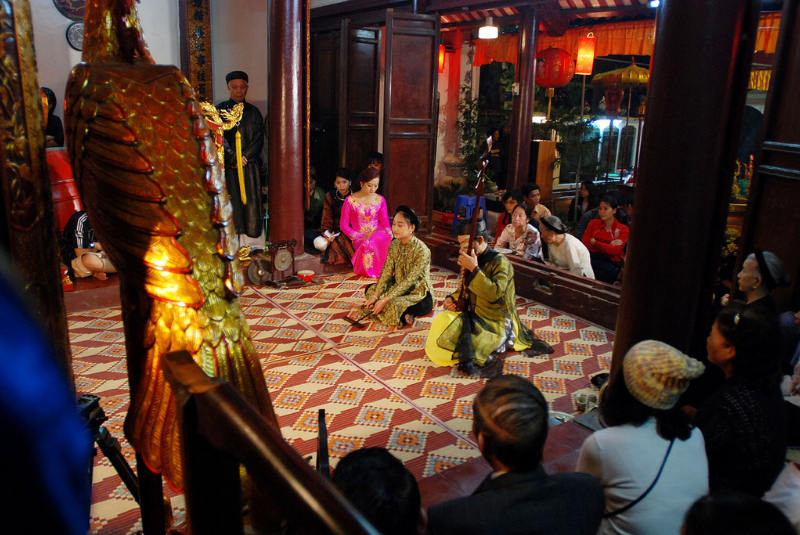 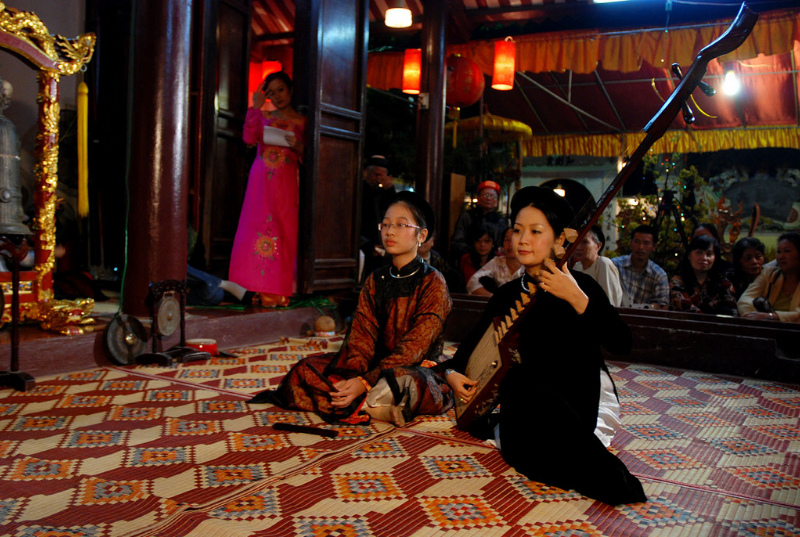 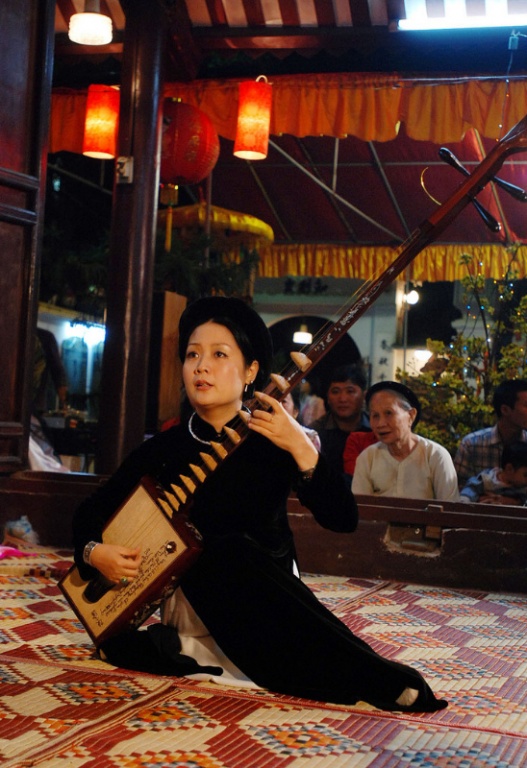 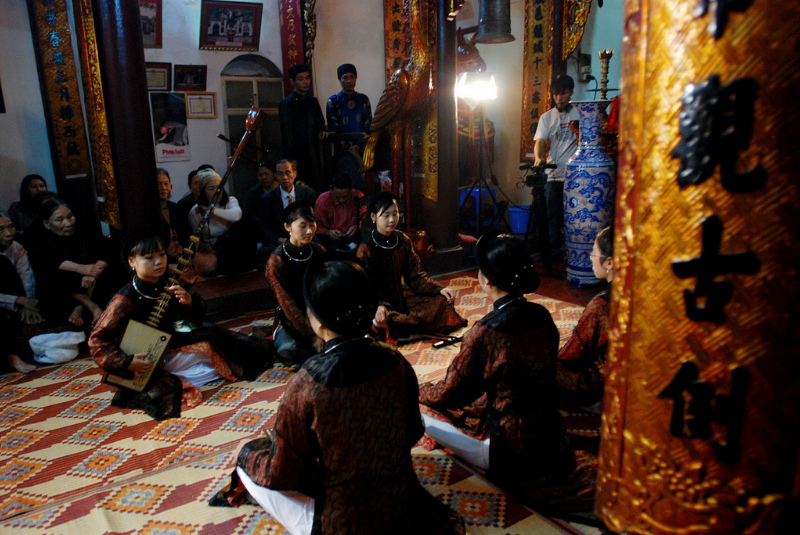