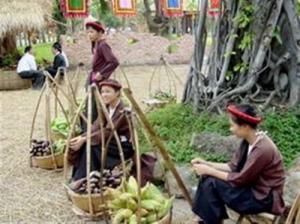 A northern food festival will be held in ${bigcity_Ho_Chi_Minh_City:"Ho Chi Minh City"} from December 11th to 13th to commemorate the 1,000th anniversary of the founding of ${bigcity_Hanoi:"Hanoi"}, the “1.000 năm Thăng Long-Hà Nội” series of festivals.

The Authority in Ho Chi Minh City announces the organization of the event at Van Thanh Tourist Area together with the Binh Quoi Tourist Village. The festival will also recreate an ancient time countryside market in the northern area of Vietnam along with showcase in folk arts, folk games, and traditional trades.

Some 8000 visitors are expected at this event.