The Meaning of Tết Festival 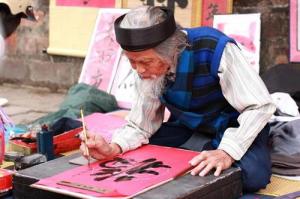 The Vietnamese New Year, or more popularly known around the world as Tết Nguyên Đán, in short Tết,is probably the only festival that best concludes Vietnam’s rich, colourful culture and long history. It marks the beginning of spring as well as of a new year in the lunar calendar. Though the Solar calendar is acknowledged by the people of Vietnam, its New Year is not generally observed compared to their own traditional Vietnamese New Year that is grandly celebrated throughout.

Though there are many Tet festivals throughout the year, the one which marks the Lunar New Year is the most significant for the Vietnamese. They believe it is the biggest and most sacred festival, attractive not only within Vietnam. The different festivities embodied in the celebration, from the food, amusements, a display of Vietnamese arts and crafts, as well as its customary practices, all mirrors Vietnam’s distinct culture. Being the grandest and most significant holiday in the country, it would equal the most important celebrations of other parts of the globe like the Fourth of July, Christmas, New Year, Easter and Thanksgiving all combined.

Officially, Tết is a three-day celebration, but along with lengthy preparations, the festivities could stretch up to over a week. Drinking, splurging on traditional Vietnamese food, travelling and relaxing commonly takes place during the time, but on top that, spending time with family and friends, gift giving, and paying respect to ancestors by bringing them offerings is something they give more importance to. Visiting shrines and local pagodas is always part of the activities to allow people to pay homage to their Gods.

Mostly, the celebration takes place sometime between the end of January through early February, on which would depend on the Lunar calendar. During Tết, winter concludes and spring enters, it is known to be the time when the cycle of the universe ends to give way for the beginning of a new one. Flowering peach trees is one of the fast-selling items during this season. As it symbolizes life and good fortune, people believe that bringing one home promises something positive as they celebrate the coming of spring.

The people of Vietnam believe that the first day, as well as the first week of the New Year will determine one’s path for the next twelve months. As such, starting the New Year right involves extra caution on things that might bring about misfortunes. Arguments are avoided as well as any words or acts that bring about negativity. On the other hand, people focus on doing good deeds. Differences are forgiven and everyone treats each other generously. Advanced preparations are done to get rid of all bad lucks associated with the previous year. All debts are settled prior to Tết, people clean their house before the New Year as well, others get a haircut and similar practices aimed to rid off misfortunes. Children vow to behave well. Likewise, they are handed with fancy red envelopes filled with coins in even denominations. Red is believed to ward off bad spirits, while odd numbers are thought of as bad luck. New clothes are worn, kitchens are stocked up with food and many other beliefs are observed, all signifying hopes for good things ahead.

Once the holy resting time has ended, people resume their activities with a renewed spirit and positive frame of mind. For the Vietnamese, honoring the coming of the New Year looks ahead towards good fortunes while centering on happiness and positive values. The numerous festivities aim on reinforcing Vietnamese culture, beliefs and family ties. Their customary way of celebrating the Tet may not conform to others’ opinions and may somewhat be superstitious, but the people of Vietnam still practice them as these very traditions expresses their National identity. A long and proud tradition of Vietnamese all over the world, this is one symbolic celebration of birth and renewal that will only strengthen over the years to come.