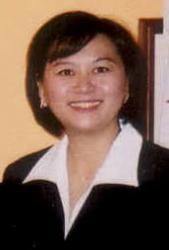 Washington, D.C. – The U.S. Senate today approved the nomination of Jacqueline Nguyen to be the next U.S. District Court Judge for the Central District of California.

Judge Nguyen was selected by a bipartisan advisory committee established by Senator Dianne Feinstein (D-Calif.) The committee carefully screened applications, interviewed applicants and recommended finalists to Senator Feinstein, who then forwarded her recommendation to President Obama.

Today’s Senate vote was 97-0 in favor of Judge Nguyen.

Following are Senator Feinstein’s remarks on the Senate floor prior to today’s vote:

“I rise to speak in strong support of the nomination of California Superior Court Judge Jacqueline Nguyen to be a federal district court judge for the Central District of California.

Judge Nguyen is a tested judge with a track record of success as both a judge and a federal prosecutor.

She will be the first Vietnamese American on the federal bench. Her nomination comes about this way: I have had for a long time, a bi-partisan judicial selection committee in California to advise me in recommending judicial nominees to the president.

The committee gave Judge Nguyen its unanimous recommendation and then I recommended her to the President for his nomination to the federal district court.

I believe she’s going to be an excellent federal district court judge in the Central District. Judge Nguyen was born in South Vietnam. She came to this country at the age of 10 during the final days of the Vietnam War.

The Nguyens spent several months living at a refugee camp in Camp Pendleton, San Diego before moving to the La Crescenta neighborhood of Los Angeles. She was naturalized in 1984.

Judge Nguyen’s parents worked two and three jobs at a time in Los Angeles, and Judge Nguyen and her siblings worked side-by-side with them -- cleaning a dental office, peeling and cutting apples for a pie company, and finally managing the donut shop that their parents bought and owned.

In her application to my selection committee, she explained that looking back on these experiences, she realizes now that they were difficult. She wrote, “But I nevertheless feel incredibly fortunate because those early years gave me invaluable life lessons that have shaped who I am today.”

She went on to graduate from Occidental College in 1987, and from the UCLA Law School in 1991. She was in the moot court honors program.

For the first four years of her career, she practiced commercial law as a litigation associate at the private law firm of Musick, Peeler, and Garrett, where her caseload included complex contract disputes and intellectual property cases.

In 1995, she left the firm to become an Assistant U.S. Attorney in the U.S. Attorney’s Office in Los Angeles -- and a very good one.

As an Assistant U.S. Attorney in the Criminal Division, she prosecuted a wide variety of crimes – including violent crimes, narcotics trafficking, organized crime, gun cases, and all kinds of fraud.

She spent six months in the Organized Crime Strike Force Section, handling a Title III wiretap investigation of a Russian organized crime group responsible for smuggling sex slaves into the United States from the Ukraine.

And in 2000, she received a Special Commendation from FBI Director Louis Freeh for obtaining the first conviction ever in the United States against a defendant for providing material support to a designated terrorist organization.

The Justice Department recognized her with 3 additional awards for Superior Performance as an Assistant U.S. Attorney; and in 2000, she was promoted to Deputy Chief of the General Crimes Section.

In 2002, Judge Nguyen left the U.S. Attorney’s Office when Governor Gray Davis appointed her to the Superior Court in Los Angeles.

She has been on the bench for more than seven years and has presided over more than 65 jury trials.

As she has said in her own words, “I am deeply passionate about the privileges that we enjoy as Americans and am committed to spending my life in public service. If I am given the honor to serve as a United States District Court Judge, I believe my experiences, work ethic, maturity, and judgment will serve me well.”

I could not agree more. I think Judge Nguyen will be a truly outstanding judge on the federal district court.
I urge my colleagues to support her nomination. Thank you Madame President. I yield the floor.”
(Taken from: http://www.feinstein.senate.gov/public/index.cfm/ )