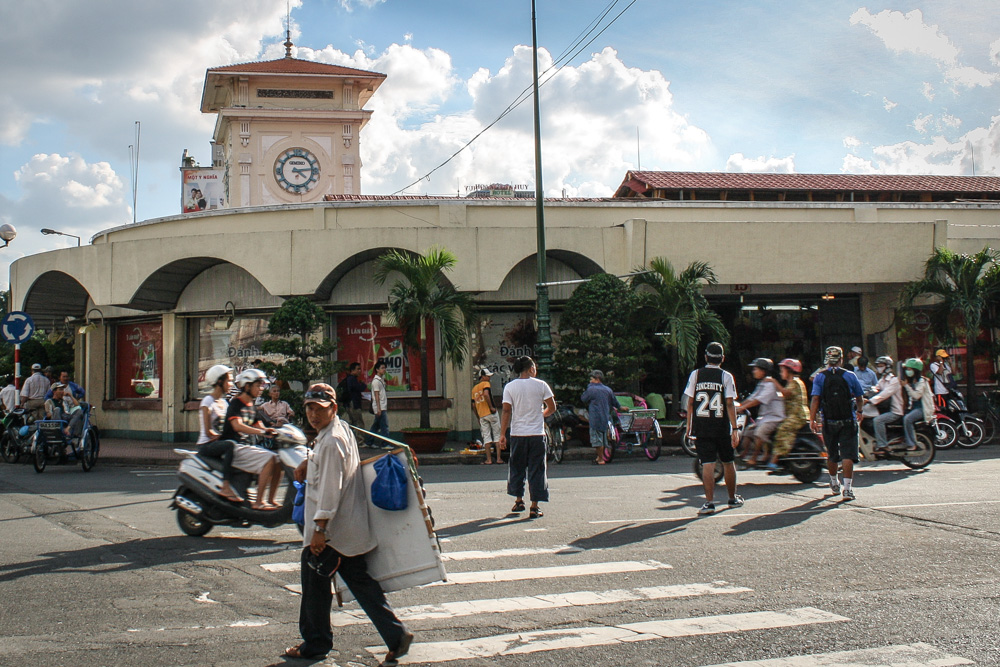 • The Reunification Palace: Built between 1962 and 1966, it offers a frozen-in-time look at the home of the president of South Vietnam at the time Saigon fell to the North on April 30, 1975. A replica of the tank #843, which crashed through the gates of the palace that day, now rests on the lawn outside. Be sure to check out the impressively kitschy recreation room, featuring a circular sofa, and the eerie basement, full of vintage 1960s phones, radios and office equipment, supposedly left exactly as they were found when the North took over. Tours are available and free, but not necessary. There is a nice café on the grounds outside the palace.

• The War Remnants Museum: Formerly known as the Museum of Chinese and American War Crimes, the museum was opened just five months after the fall of the South. On the one hand, as indicated by the museum's original name, you will not find a neutral accounting of war crimes committed by both sides. On the other hand, the museum also makes a strong call for peace. Outside, there are helicopters, jets, tanks and other bits of armament. Inside, the exhibitions, informative but sometimes graphic, will leave no doubt as to the human cost of war.

• The City Hall: Built between 1902 and 1908 as the Hôtel de Ville, this striking cream and yellow French colonial building, now formally known as the People's Committee Hall, is beautifully illuminated at night.

• Notre Dame Cathedral: This neo-Romanesque edifice, a towering reminder of the French colonial period, was built between 1877 and 1883 with imported bricks and stained glass from France. Note that it's open only on Sundays for services, which are in English and Vietnamese.

• The Museum of Vietnamese History: The museum has a fine collection of Vietnamese antiquities, including the country's best collection of ceramics. There are also exhibits about ethnic groups in the south, as well as prehistoric artifacts. Unusual for museums in Vietnam, some descriptions are in English. Outside, the Botanical Gardens are very nice and a good place for a rest.

• Cholon ("Chinatown"): Ho Chi Minh City's Chinatown is perhaps the largest of its kind in the world. Take a few hours to stroll around the area, soaking in the atmosphere and noticing the details of this culture within a culture. Some of the temples found in this area are listed below.

• Temples The Jade Emperor Temple: Its colorful woodwork bathed in incense smoke, the Jade Emperor Temple is a standout among Chinese temples in Vietnam. The temple, built in 1909 by Cantonese Chinese, honors the Emperor of Jade, the "god of the heavens" in Taoist belief. Giac Lam Temple: North of Cholon, Giac Lam is the oldest Chinese temple in Ho Chi Minh City, built in 1744. The temple is an active pilgrimage site for the old and sick: pilgrims ring a large bronze bell to aid their petitions to the gods. Monks will, for a small fee, pray for loved ones as well. Don't miss the prayer sessions, held four times a day, featuring a mix of chanting, bells, gongs and drums.

Quan Am Temple: Another atmospheric Chinese temple, Quan Am was founded in 1816. The heavily gilded woodwork is beautifully carved, with some extraordinary roof decorations and gold-and-lacquer panels. No museum piece, Quan Am attracts a steady stream of worshippers, catered to by a team of monks. For a donation, the saffron-robed monks will show you around the temple. Thien Hau Temple ("The Lady Temple"): Built and rebuilt many times since its first construction in 940 A.D., the current incarnation of Thien Hau dates from 1900. The temple is dedicated to Lady Thien Hau, the sea goddess, who left two giant stone turtles to keep an eye on the temple in her absence.

A festival is held in her honor on the 23rd day of March according to the lunar calendar. The elaborate gilded carvings and the beautiful incense coils hanging above the courtyard will be a highlight of your visit. Shopping in HCMC Traditional Vietnamese arts and crafts, or replicas thereof, are sold by dozens of shops around the central tourist district. The best and most expensive items can be mostly found in the Dong Khoi neighborhood; the goods tend to get progressively cheaper as you move west toward the Ben Thanh Central Market. A few shops have authentic woven silk textiles from indigenous tribes in the Sapa region in northern Vietnam. Lacquered paintings, plates, bowls and other handicrafts are quite striking and unique of Vietnam.

• Ben Thanh Market is the largest old-style market in the central district, with several hundred small stalls stuffed with goods on almost impassably narrow aisles. As a result of its popularity with tourists, the market is now divided about half and half between tourist goods (jeans, t-shirts, smaller souvenirs) and the stuff of regular life (fruit and vegetables, rice, kitchen wares, flowers, meat, fast food, and local-style pickled fruits and candies). Most items are not price-marked, and vendors always quote a 50-100% higher price to tourists vs. locals, so to save some money prepare to haggle!

• Night Market: Just outside Ben Thanh Market, the Night Market starts up when the Ben Thanh market closes at 5 p.m., with similar merchandise and food for sale.

• The Cu Chi Tunnels: About 40 miles northwest of Ho Chi Minh City, the Cu Chi Tunnels are an elaborate underground community made up of over 200 miles of tunnels and chambers below the city. The tunnels were dug with simple tools and bare hands in the 1940s, during the French occupation, and further expanded during the Vietnam War in the 1960s as a base for guerrilla operations against the Americans and South Vietnamese. Despite intense American bombardments in the area, the people of Cu Chi were able to continue their lives beneath the soil, where they slept, ate, planned attacks, healed their sick, and taught their young. Some even wed and gave birth underground. Multiple agencies in Ho Chi Minh City offer tours to the Cu Chi Tunnels. Be prepared to get dirty if you want to crawl through the tunnels yourself!

• The Mekong Delta: The Mekong Delta, known in Vietnamese as the "Nine Dragon River Delta," is the primary waterway of southern Vietnam and the center of the country's rice production. If you are seeking one of the images of Vietnamese women in their conical hats tending emerald green rice paddies you'll find it here. Boat tours are available with an almost infinite variety of itineraries: afternoon cruises, overnight trips, or 2-3 days tours, which can be particularly rewarding. It is even possible to sail to Phnom Penh in Cambodia.

• Vung Tau: With its beautiful beaches, fresh air and proximity to Saigon, Vung Tau is a very popular weekend destination. Vung Tau was also the site of one of the first battles between the Vietnamese and the invading French in 1859, and later served as an in-country R&R destination for American soldiers during the Vietnam War.

• Mui Ne: Until 15 years ago a barely inhabited fishing village, Mui Ne is now a thriving resort community with some spectacular sand dunes and beaches.