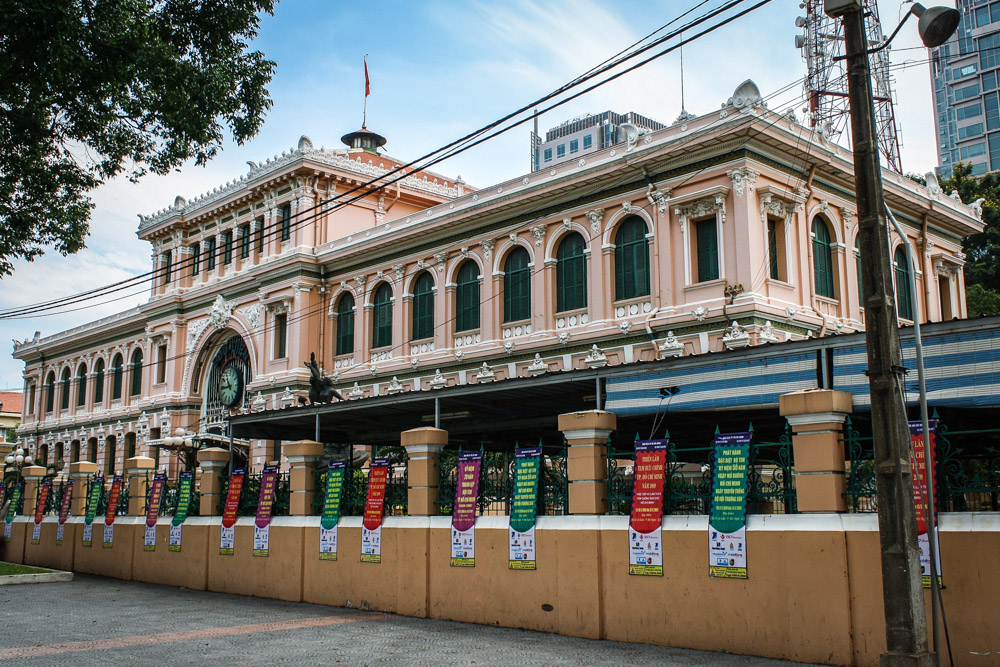 The Notre Dame Cathedral and General Post Office in District 1, Ho Chi Minh City are as old as 130 years old. Yet, the older they are, the more they attract visitors from as far as foreign countries and have even become “iconic” symbols in their place and in their own right as well. The General Post Office in particular is 130 years old. It was built in November 1860 by the French who wanted to construct a wire service center. The office opened and issued its first stamps on March 13, 1863 while the fist letters began to be sent through on January 1. 1864. In 1886 though, the French began another construction at the same site.

It was a blend of European and Asian architectures and designed by architect Villedieu and his assistant Foulhoux. The three-storey post office was completed in 1891 and officially named the Saigon Post Office. In 1893, renovations were once again made on the building. When the roof and fence used to be simple, the post office now is designed with grand 19th century French architecture which include intricate engravings, arches and other elaborate decorations. The post office is filled with benches because thousands of people come to the building everyday, not so much to send letters, but to visit the historically famous site. As such, local and foreign tourists alike take numerous pictures of the grand post office day by day. They can also purchase old stamps, post cards and other things as souvenirs of the place. The General or Saigon Post Office has become more than just a service center for sending letters and other mail matters. It has become a historical landmark to the pride of its local citizens and to the delight of foreign visitors.