Most travelers only visit Rach Gia as a starting point for a trip to the island of Phu Quoc. Most ferries depart early in the morning and that is why Phu Quoc travelers use to stay here for the night, which is not too bad since accommodation and restaurants are good and the people are friendly. The old quarter is on an isle of Cai Lon River’s mouth and is connected to the rest of the city through small bridges. North of it the ferry port and the bus station are situated – to the South the city extends for some kilometers. The ruins of Oc Eo are a testimony that Rach Gia and its surrounding meant a great deal for the kingdom of Funan, a union of states that controlled most of South-Vietnam, Cambodia and Thailand from the 1st to the 7th century. Funan had trading relations up to Europe, attested by a coin of roman emperor Augustus Pius (138-161 AD). Rach Gia is supposed to have been a huge harbor at that time, having a display of 3x1.5 km. Today there are very few reminders of that past and the excavation site is only interesting to archeologists, while the city mostly incorporates pagodas and temples. The Nguyen Truong Truc temple north of the river - dedicated to the local hero of the same name. In the same direction along the Quang Trung, there is a nice Khmer pagoda with colorful frescos built in 1412 - Phat Lon pagoda. In the city center are small Bac De pagoda and the bigger Quan Than De pagoda with its extensive wooden carvings in the interior. Another sight in Rach Gia is the museum on 27 Nguyen Van Troi with documentations about younger past and excavations of Oc Eo ages. Transport Bus Going to HCMC you should take one of the hourly departing mini buses of private agencies (like Tung Agency), with their bureaus in the city center. You should get a ticket in advance, because they're mostly booked up if you're coming from Phu Quoc, or buy the ticket at the bureau at the pier - the prices are fixed.d Additionally there are two public bus stations: Ben Xe in the North at 30/4 Ha Tien with destinations: Ca Mau, Can Tho, Chau Doc, Ha Tien, HCMC and Hon Chong. Ben Xe Khach Kien Giang in Rach Soi in the South goes to Ca Mau, Can Tho, Chau Doc, HCMC, Long Xuyen, Tra Vinh and Vung Tau. Boat Several agencies do the passage to Phu Quoc. But they do not always depart since the tides and winds are too jetty sometimes. Furthermore you should book tickets in advance, because usually tickets are sold out days before - you can buy the tickets in HCMC (e.g. Sinh Tours). Bootleggers also sell tickets - very expensive. Legal sales are available on the way to the pier on Nguyen Cong Tru or Tu Do streets (Duong Dong Express, Superdong Fast Ferry, Savanna...). The ride takes about 2.5 hours and leaves at 8 am or 1 pm. Plane The airport is in Rach Soi, about 9km south of Rach Gia. Daily flights to HCMC (40 min.) and Phu Quoc (20 min.) are available. Tickets have to be booked in advance. 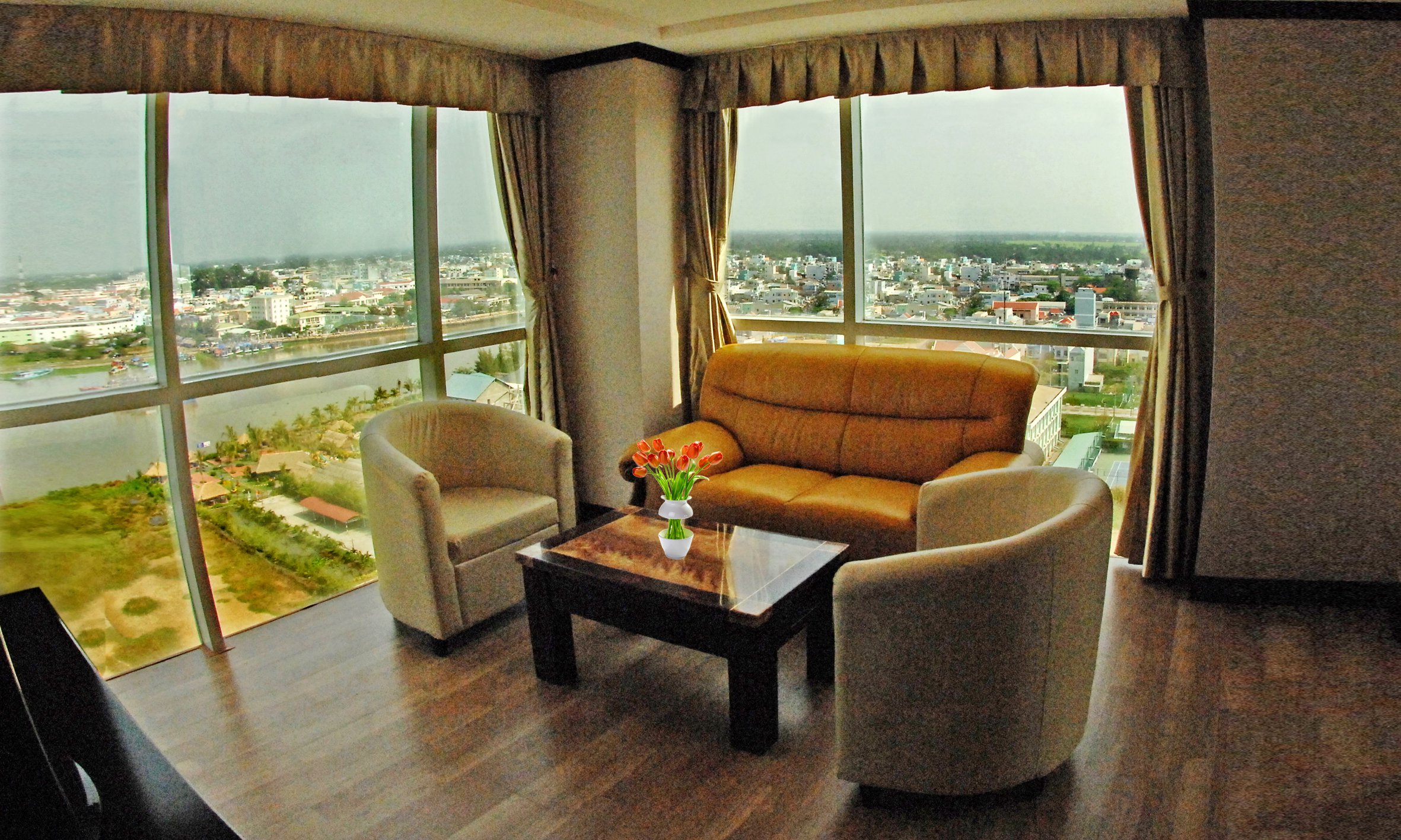